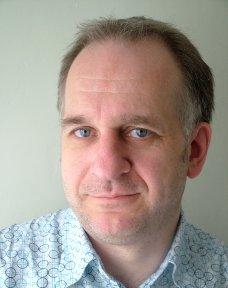 Resident Director of the Guildhall School of Music and Drama

Martin works predominantly in opera, internationally recognised as a director, teacher and coach.

Recent productions include Gianni Schicchi/Zanetto for Opera Holland Park, A Midsummer Night’s Dream for the Guildhall School at the Barbican and Feeks for Opera Holland in the Netherlands. Other highlights include Romeo et Juliette for Operosa in Bulgaria, Mitridate, Re di Ponto for Classical Opera Company at Sadler’s Wells and Buxton, and The Mikado for the Penang Festival. Notable amongst his work for many different companies are his long associations with Opera Holland Park and Mid Wales Opera, which have resulted in over 15 productions including Don Giovanni, La Bohème and Le nozze di Figaro as well as rarer pieces such as La Wally and l’Amore dei Tre Re.

Martin’s work in the development of young professionals, notably at the Guildhall School of Music & Drama where he holds the post of Resident Producer, has seen many productions including the UK premieres of The Aspern Papers (RPS award nominee) and Dove’s The Little Green Swallow. His ongoing association with British Youth Opera includes The Rape of Lucretia and the London premiere of Jonathan Dove’s Flight, amongst many others. His production of On London Fields for Hackney Music Development Trust, composed by Matthew King, won an RPS award. He is also a regular guest coach for the Jette Parker Young Artists programme at the Royal Opera House.

Theatre work includes The Articulate Hand in collaboration with Andrew Dawson, recently featured on TEDMED, and Wallace and Gromit: Alive on Stage on tour and the West End.

Future plans include The Pirates of Penzance for Scottish Opera and I Gioielli della Madonna for Opera Holland Park.