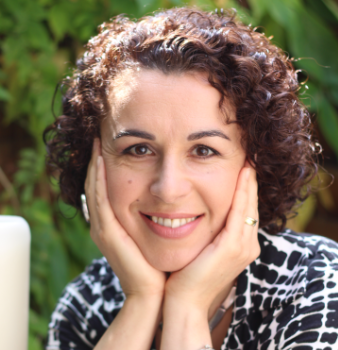 London-born lyric soprano and teacher of singing, Marie Vassiliou has appeared at home and abroad in a wide range of repertoire.  She is currently a Professor of the vocal faculties of both the Royal Academy of Music and the Guildhall School of Music & Drama. Early on in her career she specialised in contemporary and baroque music, but has since also been in demand for Romantic repertoire. Described as a musician’s singer, she is noted for her versatility. Her work is defined by a depth of musical understanding and insight. Her performing career has taken her all over Europe, as well as to North America and Asia. She has appeared at UK venues such as the Royal Albert Hall, Royal Festival Hall, Barbican, Linbury Studio, Purcell Room, St John’s Smith Square, etc. and has worked with conductors such as Sir Andrew Davis, Sir David Willcocks, Martyn Brabbins, Edward Gardner, Vernon Handley, Wayne Marshall and Clark Rundell. She has also performed at major music festivals, such as BBC Proms and Huddersfield Contemporary Music Festival. Her performances have been broadcast live by BBC Radio 3 and 4, Classic FM and Radio France.

In opera she has worked in Austria, Germany, Italy, Japan, Mexico, Russia and the USA, in a wide range of major roles from the Baroque to the present day, including Belisa (Simon Holt’s The Nightingale’s to Blame), Carmen, Dido, Donna Elvira, Governess, La Calisto, Jenufa, Leila, Micaela, Mimi, Pamina, Nedda, Tatyana, Anne Trulove & Violetta.   As a Baroque singer she has appeared at the London Handel, Palermo Scarlatti and Eisenstadt Haydn festivals, and worked with such groups as the Early Opera Company, Purcell Quartet and Janiculum. Handelian opera roles include Emira, Mirtillo, Poppea & Theodora. She has made several commercial recordings of Baroque & contemporary works.

She has particularly established herself as an interpreter of Contemporary music and has premiered many new works as soloist with the Composers’ Ensemble, Contemporary Consort, Continuum, Endymion, Isis ensemble, Piatti quartet and the Philharmonia. She has had the honour of performing works, in the presence of their composers, including Julian Anderson, George Benjamin, Henri Dutilleux, Anthony Gilbert, Eero Hämeenniemi, Ken Hesketh, Joaquin Rodrigo, Sir Michael Tippett, Judith Weir, Mike Westbrook and Hugh Wood. Her latest world premieres include: song cycles written for her by Anthony Gilbert (with Ensemble 10/10 and Clark Rundell) and Jacques Cohen (with Cohen Ensemble at Purcell Room); ‘The Lady of Satis House’, a one-woman opera written for Marie by Jacques Cohen, for the Tete a Tete opera festival; and the role of Aashi in Errollyn Wallen’s opera, ‘Yes’, performed at the ROH2.

The recipient of numerous awards, including the prestigious Tagore Gold Medal and the Constant and Kit Lambert Fellowship, Marie studied at the Royal College of Music with joint principal studies in singing and viola.  At the RCM she studied with Heather Harper and furthered her studies with Martin Isepp and then Janice Chapman.

Marie has developed a passion for research and recently completed a Masters in Teaching and Learning in Higher Education at IOE (University of London), with a dissertation on fearless performance and the notion of flow in vocal performance. This has led to research into a number of spin-off areas, including the cultivation of presence, mindful meditation, coaching-mentoring and most recently, improvisation.  These areas feed into Marie’s multidisciplinary approach to working with voices. She has twice been invited to the ICON conservatoire seminars, held in Finland, as well as to the METRIC seminars in Estonia and Glasgow.