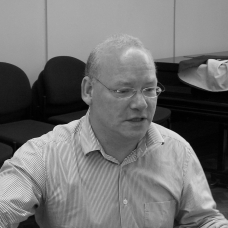 Jeremy is the Director of Music at St Peter’s College Oxford and has overall responsibility for all practical music-making within the college. Most visibly this involves conducting the Chapel Choir and thus supervising the musical endeavours of the Choral and Organ Scholars. He is also charged to encourage all forms of music-making in college, whether vocal or instrumental, classical, pop, folk, jazz, or world music.

In College, Jeremy teaches the Keyboard Skills module of the Music degree. He will also be holding conducting seminars for those students (whatever their course of study) who think that they have something to say in front of a choir or an orchestra. For 26 years, he taught the full gamut of historical studies, harmony and counterpoint, and aural skills at the Royal Academy of Music, where I was Head of Academic Studies and Head of Undergraduate Programmes.

Jeremy founded the Oxford Camerata vocal ensemble in 1984, two years after graduating from New College. In 1992, he augmented the group with the Oxford Camerata instrumental ensemble. Between 1990 and 1996, Jeremy conducted Schola Cantorum of Oxford, the university’s longest-running mixed-voice chamber choir. In 2002, he founded the Royal Academy Consort, a modern-instrument orchestra comprising postgraduates and final-year undergraduates at the Royal Academy of Music. Since 2004, he has been one of the conductors of the Choir of London. Since 2010, he has been Director of Music at the London church of St Luke’s, Chelsea, and, more recently, has become Co-Artistic Director of Oxford Baroque. Over the last three decades, he has conducted in venues in North America, the Middle East, the Far East, Southern Africa, and all around Europe. He made his BBC Proms début in 1999 and at the Philharmonie in Berlin in 2005.