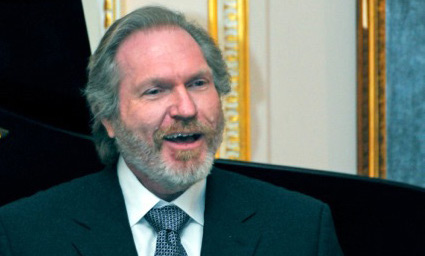 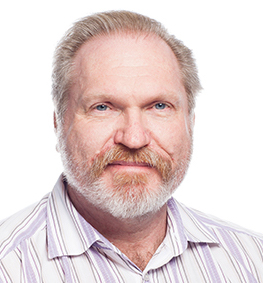 Dr Ron Morris, Speech Therapist, Audiologist and Counter-Tenor, initially graduated from the University of Queensland in 1985 with an Honours degree in Speech Therapy.  Ron also holds a Performer’s Certificate from Trinity College London and in 2001 he completed a Masters of Music Studies (Vocal Performance) at the Queensland Conservatorium Griffith University. As part of that degree Ron undertook additional vocal studies in London with Mrs Janice Chapman OAM as well as studying Accent Method Breathing with Ms Dinah Harris and Mrs Ingrid Rugheimer.  Ron holds a PhD in music for a study examining the use of Accent Method Breathing with singers.  Ron's new book on Accent Method based on his PHD 'If In Doubt Breath Out' was released in 2016.

Ron is in demand both nationally and internationally as a speaker at conferences, workshops and summer schools having presented on numerous occasions for Classical Voice Training, British Voice Association, to the Pan European Voice Conference (PEVOC), the Australian National Association of Teachers of Singing (ANATS) and to the Association of Teachers of Singing (AOTOS) in the UK.  Ron has been a guest tutor at the Aberystwyth Music Fest and Summer School as well as working with choristers from St Paul’s Cathedral London, Canterbury Cathedral and King’s College Cambridge.  Ron also works annually within the Vocal Department at the Guildhall School of Music and Drama where his work is focussed on breathing, articulation and vocal pedagogy. He has recently obtained a Lectureship in Vocal Pedagogy and Health at the Queensland Conservatorium of Music Griffith University.

Ron continues to sing regularly both as a member of St John’s Cathedral Choir (Brisbane) and the Opera Queensland Chorus. and as a soloist in oratorio, opera and sacred music.  Recent engagements include the Durufle Requiem, Handel’s Messiah, Orff’s Carmina Burana and Handel’s Dixit Dominus.

If in Doubt, Breathe out! - Breathing and Support Based on the Accent Method

Breathing and support are considered cornerstones of a secure vocal technique for classical singing.  No area of vocal pedagogy has been more controversial and, despite recent advances in the understanding of how the respiratory system functions, both in speech and song, some breath management strategies for singing continue to be at odds with scientific fact.  Furthermore, many singers find the development of these skills a challenge.

In this practical, and concise book, Ron Morris, speech pathologist and singer, and Linda Hutchison, singer and singing teacher,  introduce Accent Method breathing – a technique that is well grounded in science, as it is based on the structure and function of the respiratory system – and demonstrate with exercises, how it helps develop effective breathing and support in singers. The science and theory is presented in a language that singers and their teachers will easily understand, and the book is written in a style that is both engaging and entertaining.