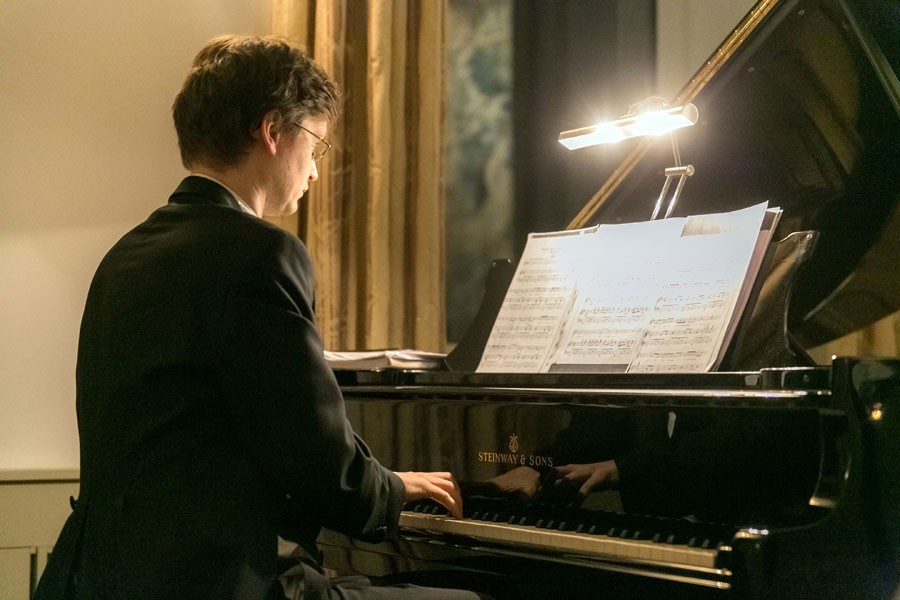 Studienleiter (Head of Music) at the Deutsche Oper Berlin

Dr Christopher White is Studienleiter (Head of Music) at the Deutsche Oper Berlin, a position he has held since 2017, after joining the Company in 2014. Prior to that, he held Music Staff positions at English National Opera and Opernhaus Zürich. He studied piano and piano accompaniment, and completed his Doctoral work on the music of Gustav Mahler, at the Royal Academy of Music, London, from which institution he holds the title of Associate (ARAM).

Christopher’s current work involves short- and long-term coordination of rehearsals and coachings at one of the busiest opera houses in Europe, as well as advising on casting, hearing auditions and liaising with conductors and directors. He works daily with the thirty-eight ensemble members at Deutsche Oper in role preparation, ensemble rehearsals and staging rehearsals, as well as advising young singers on career development.

Guest engagements as a musical assistant have taken him to, amongst others, the Munich Opera Festival, Glyndebourne, the Royal Opera House Covent Garden and the Bayreuth Festival, the latter for Parsifal and the Ring of the Nibelung.

In addition to this work, Christopher is also an active solo and chamber pianist. He played Saint-Saens’ Second Piano Concerto at the Philharmonie in Berlin in November 2016, and his recording of a solo piano arrangement of Mahler’s Tenth Symphony remains available on the Divine Arts label.